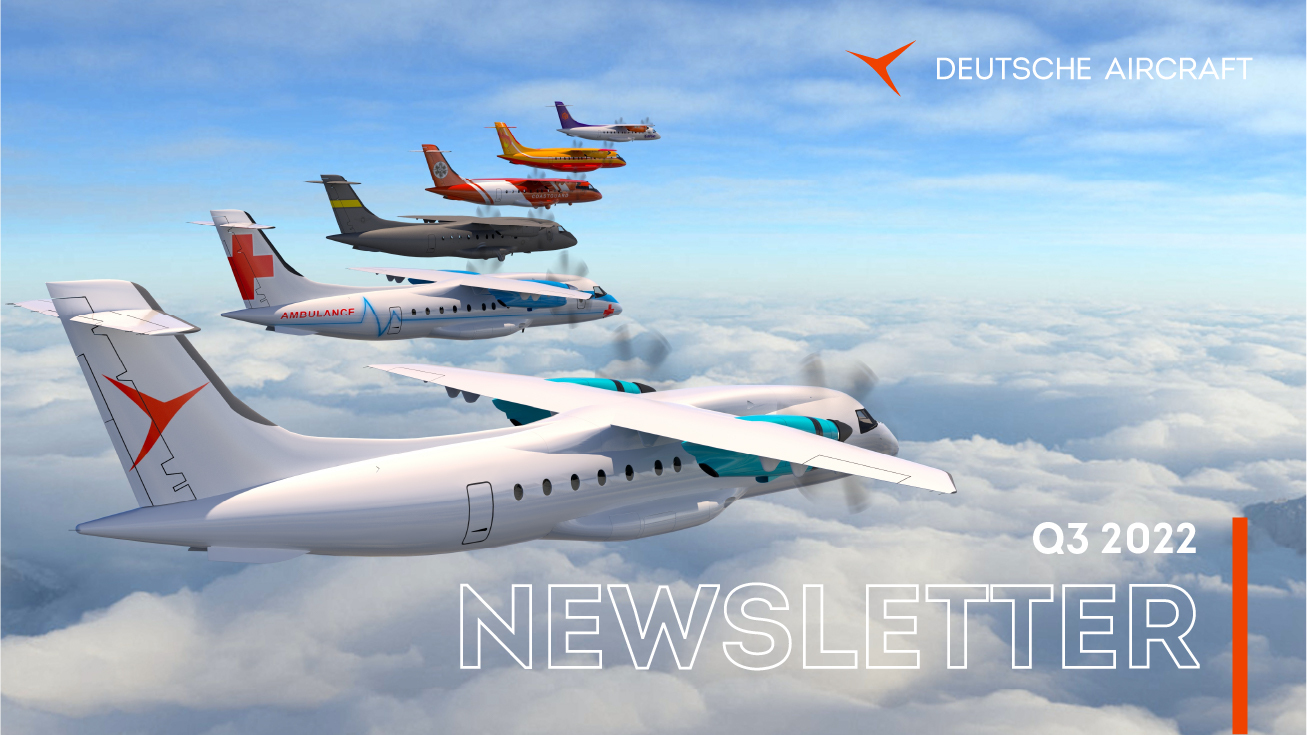 Welcome to the latest edition of the Deutsche Aircraft Quarterly Newsletter!
‍
It is a hugely exciting time for us here at Deutsche Aircraft: since I wrote to you last, we successfully showcased our D328eco TM at air shows both in Germany and in the UK: in June at ILA Berlin Air Show in June, and in July at Farnborough International Air Show.
‍
At ILA, the Management team and I met German Chancellor Olaf Scholz to provide him an update on our LuFo projects the German Federal Government is supporting and on Deutsche Aircraft and our D328eco Programme generally. We were pleased that the Prime Minister of Saxony Michael Kretschmar, as well as Anna Christmann, the Federal Government Coordinator of German Aerospace Policy, also visited us at ILA, showing great interest in our ongoing projects.

Deutsche Aircraft is continually growing, and I am very pleased announce the appointment of Nico Neumann as Chief Operating Officer as well as Joint Managing Director of Deutsche Aircraft. Nico began his career at 328SSG in 2007 and has held a range of operational positions within the company, most recently as the VP Operations and Programme to support the further growth and strategic setup of the company.

In August Anastasija Visnakova, formerly at De Havilland, joined the Management Team as the new VP Sales &; Marketing: she will be responsible for all aircraft sales, including the D328eco, the legacy D328® aircraft, as well as overseeing marketing activities, overall communications and customer experience.

In addition to these appointments we are pleased to welcome over seventy employees who joined the company in the last four months.

In the last quarter Deutsche Aircraft has selected key suppliers for the engine, wing spar box, landing gear, aerostructures and the design of the materials supply chain.

We are very happy to have Pratt&Whitney on board who developed the PW127XT-S engine to power the D328eco regional turboprop. This engine, as part of the XT series, sets a new benchmark in regional aviation and will deliver a significant improvement in operating costs and sustainability.

With our supplier HEGGEMANN AG we have jointly created a digital twin as well as a physical prototype of the wing spar box, proving that the future production of the spar box is possible in an efficient way that saves material.

HEGGEMANN is also our supplier for the landing gear, now ready to go into production, which will be compatible with the entire Dornier 328 (D328®) aircraft family, retrofittable to both turboprop and jet of the existing in-service fleet, as well as the new D328eco aircraft.

Aciturri, with whom we signed the contract at Farnborough, will manufacture the fairings, landing gear doors and flight control movables, using composite and metallic technologies. Deutsche Aircraft and Aciturri are working closely together towards the industrialisation of the programme, aiming to deliver the first parts for the prototype of the aircraft (T1) in the last quarter of 2024.

You will find all announcements in full under our news section: enjoy the read!