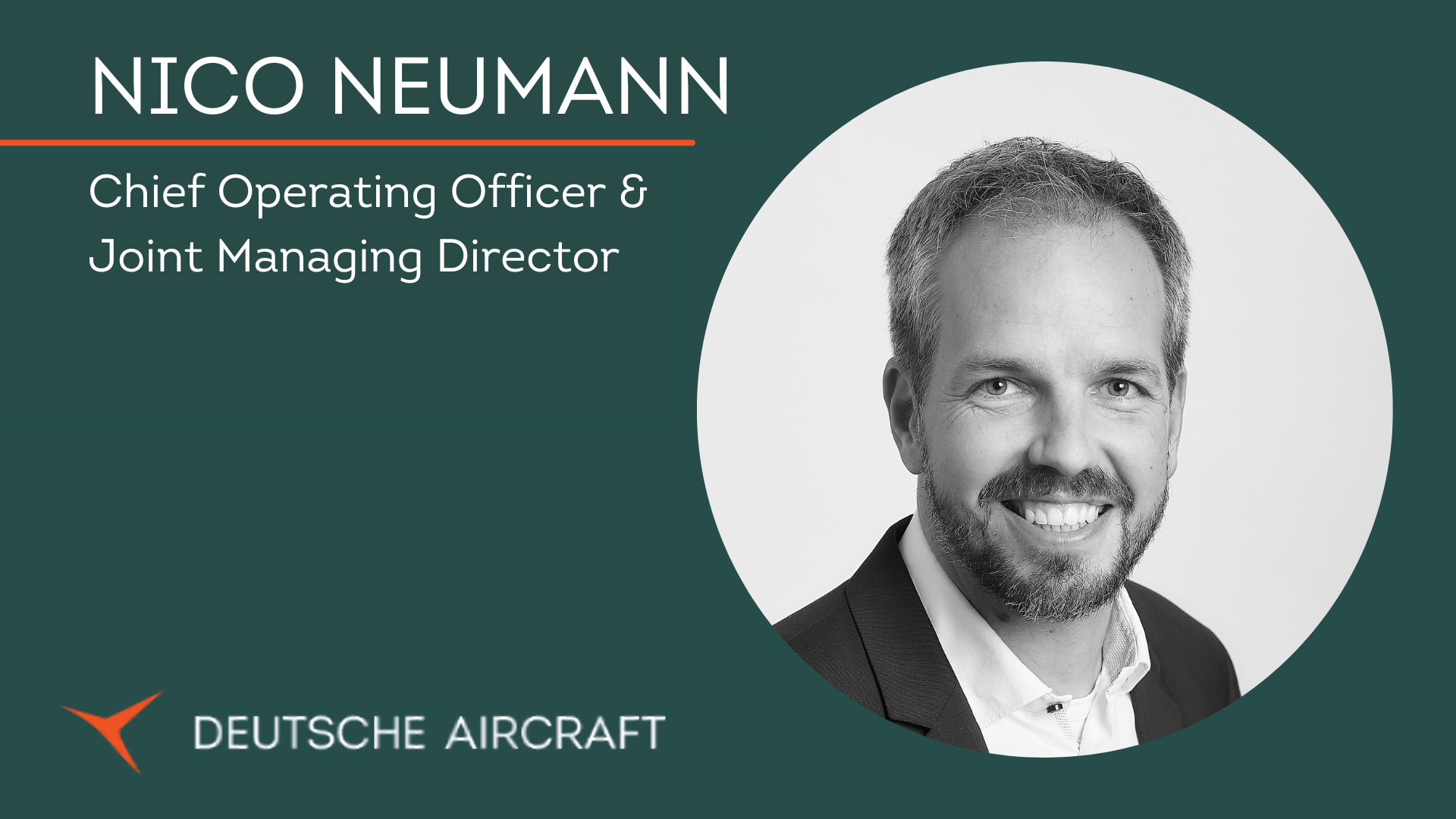 Deutsche Aircraft is continually growing, and I am very pleased to announce the appointment of Nico Neumann as Chief Operating Officer as well as Joint Managing Director of Deutsche Aircraft to support the further growth and strategic setup of the company. Nico began his career at 328SSG in 2007 and has held a range of operational positions within the company, most recently as the VP Operations and Programme. Nico continues to be the point of contact of Deutsche Aircraft for the German government, a position he held since being part of the team identifying and selecting the site for the final assembly line at Leipzig, as well as being responsible for Operations, Programme and Supply Chain.

‍
Deutsche Aircraft’s new D328eco™ aircraft is being developed to deliver significant improvements in operational and maintenance costs as well as reductions in the overall carbon footprint. This is in line with its vision and strategic road-map to support a more sustainable future for aviation. The D328eco™ will offer maximum flexibility being able to operate on existing aviation fuel, to being blended with up to up to 100% H2-PtL. The aircraft will be assembled in the paperless production line at Leipzig/Germany. All parameters are in high demand in the current aviation environment and we already see an increased interest in the D328eco™ from our potential customers and partners.