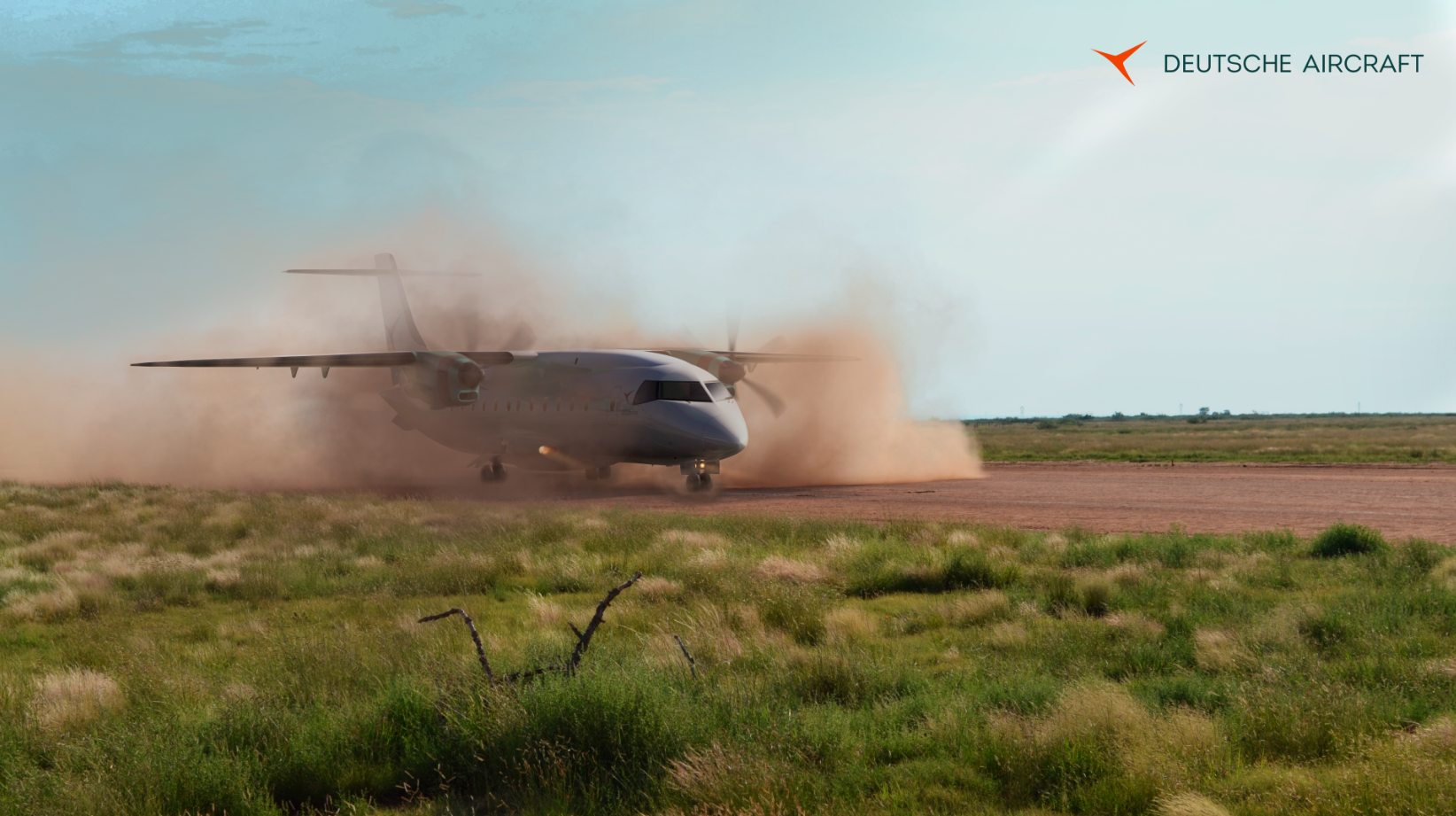 As a key milestone within the D328ecoTM aircraft development programme, Deutsche Aircraft is proud to announce that it has successfully concluded the first series of tests at the facilities ofthe Germany-based partner Heggemann on the new landing gear, currently in development to be fitted onto the D328ecoTM aircraft. The landing gear developmen tprogramme has now officially entered into the detail design phase.

As part of the development programme, Heggemann is building three testbeds for systems engineering bench tests as well as evaluation on first prototypes for the D328ecoTM. Heggemann will provide the complete landing gear structures and systems of both main- and nose landing gear.

This new landing gear will allow the D328ecoTM to inherit the robustness of its predecessor D328, and will increase operational capabilities towards the higher aircraft operational weight. Furthermore, the new landing gears will support unpaved runway operation, on a variety of rough surfaces such as grass, gravel, ice and sand.

“We're glad to get Heggemann as a strong business partner with key capabilities, know-how and a great team spirit on board of the D328ecoTM programme. We are confident that Heggemann is the right partner to industrialise and produce our Landing Gear, which is a key element of the versatility, mission flexibility and performance of the D328ecoTM”, said Nico Neumann, Vice President Operations and Programmes of Deutsche Aircraft.

Deutsche Aircraft’s partnership with Heggemann is not only built upon strong past collaborations, but is also further strengthened by the two companies sharing similar visions. Both are dedicated to sustainable and efficient Industry 4.0 manufacturing. While Deutsche Aircraft is planning to build a state-of-the-art final assembly line in Leipzig, Heggemann already implemented a fully digital 360° end-to-end process and product lifecycle tracking system. Both companies keep the majority of production in Germany and benefit from experienced aviation talents in building Germany’s next regional aircraft.

“We are delighted to join effort on this exciting new D328eco programme which is being developed at an opportune time where the world is more and more opening to air travel, sometime without the possibility to offer proper runways to land or infrastructure to support the aircraft and crew. Being highly flexible, with short runway performances, the D328eco aircraft plays in a class of its own and the current work on the landing gear will increase the reach of destinations’ possibilities. Besides, working with Deutsche Aircraft is further supporting the development of collaborative opportunities within the local supply chain while supporting the growth of the German aviation’s industry”, said Robert Heggemann, CEO and founder of Heggemann.

The Deutsche Aircraft program, currently in concept design phase, is focused on the specification of the new systems, qualification of materials and new production process to align with today standards and secure efficiency for the industrialisation. The regional aircraft program continues to be led out of Oberpfaffenhofen airport near Munich and planning work has commenced to establish the final assembly line at Leipzig Halle Airport.